Trump is probably not ‘out of the woods but’

President Donald Trump said on Twitter that he would be leaving Walter Reed Hospital Monday evening after receiving treatment for COVID-19 and urged Americans not to fear the novel coronavirus.

“Every Scientist’s Journey Is Unique” – Shweta…

“Don’t let it dominate your life,” Trump said on Monday in a post on the social media site. “We developed some really great drugs and knowledge under the Trump administration. I feel better than 20 years ago! “ 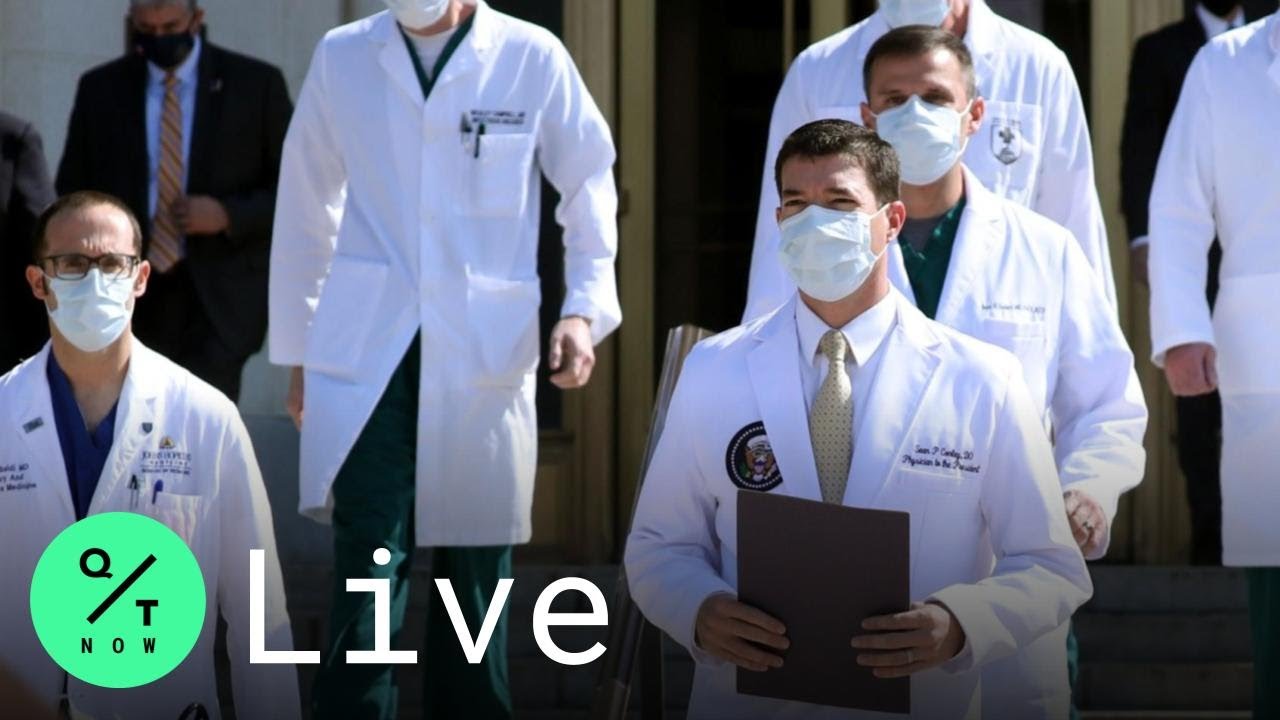 “In the past 24 hours, the President has continued to improve. He met or exceeded all criteria for discharge from the hospital, “White House doctor Sean Conley said on Monday.

Trump “may not be entirely out of the woods,” but the rest of his care can safely be done in the White House, Conley said.

The president will receive a fourth dose of an antiviral drug, remdesivir, at Walter Reed before he is released and a fifth dose at the White House, his medical team said. They said that both Trump and the people around him would be safe in the White House.

“He’s going back to a facility called the White House medical division, which is manned around the clock,” Conley said. “Every day that a patient stays in hospital unnecessarily is a risk in itself.”

It is not clear how long Trump will remain isolated in the White House before resuming the campaign journey. Conley says coronavirus patients can stop shedding the virus just five days after being diagnosed, and Trump would be monitored to see when he is no longer infectious.

But Conley admitted that the course of Trump’s illness could take another turn. “We are all cautiously optimistic and wary because we are in uncharted territory when it comes to a patient who received the therapies he received so early in the course,” he said.

“We look forward to this weekend,” added Conley. “If we can get him to stay the same or improve, even better, by Monday, then we’ll all take that last deep sigh of relief.”

Trump has been given doses of two other powerful drugs, including an experimental “antibody cocktail” and a steroid, dexamethasone, which is usually used to fight inflammation in people with more severe cases of COVID-19.

Starting this morning, one of Trump’s doctors read a list of the president’s vital signs, including his temperature, blood pressure, breathing rate, heart rate, and blood oxygen saturation levels. His medical team has not yet published this data.

Conley was evasive over the weekend as well. He said there were “some expected results” in Trump’s scans, but declined to say what those results were. He said there was “nothing of greater clinical importance”.

Trump has been in the hospital since Friday night after announcing early that morning that he tested positive for the virus. He was briefly given supplemental oxygen at the White House before traveling to Walter Reed National Military Medical Center, Conley said on Sunday.

White House chief of staff Mark Meadows said earlier Monday that a decision would be made on Trump’s discharge from the hospital after consultations with medical staff.

The White House hadn’t released any information about Trump’s health in more than 24 hours, and before Trump announced he was leaving the hospital, he hadn’t said anything about his condition on Twitter himself since just after 5 p.m. on Sunday.

White House press secretary Kayleigh McEnany said Monday she had tested positive for the novel coronavirus and placed her on a growing list of infected Trump employees, including First Lady Melania Trump, at least two White House employees who worked with the President travel, and three Republican Senators.

McEnany said she had no symptoms of COVID-19, the disease caused by the virus.

Trump’s health improved over the weekend, said those familiar with the matter who asked not to be identified and discussed his condition. The president was dying to leave the hospital.

“We have more evaluations and consultations that need to take place between the president and his medical team,” Meadows told Fox News Monday morning. “It won’t be this afternoon before,” he said of the decision on Trump’s possible dismissal.

Less than a month to election day, Trump’s hospital stay rocked the presidential campaign, forcing him to cancel rallies and other events as polls show he is lagging behind Joe Biden nationally and in swing states. His campaign launched “Operation MAGA”, referring to its tagline “Make America Great Again”, to flood the campaign path with top surrogates like Vice President Mike Pence, Trump’s family and others.

The discussion of Trump’s release comes after a mixed-signal weekend from Conley, who first announced on Sunday that the president had been given supplemental oxygen and he was receiving a drug normally used on more severe COVID-19 patients.

When asked why he didn’t reveal during Saturday’s briefing that Trump had been given oxygen despite repeated questions, Conley said, “I tried to reflect the optimistic attitude of the team and the president.”

Trump was hospitalized on Friday night after registering a fever and receiving extra oxygen that day. He was diagnosed late Thursday after a close adviser, Hope Hicks, also tested positive for the virus. Trump has since received three different types of therapeutics, including one that is usually used in more severe cases. However, his doctors have said the president is improving and could be released as early as Monday.

Meadows said Monday that the president continued to improve overnight after taking his surprise outing on Sunday, waving to supporters gathered outside his motorcade. Trump resumed his campaign on Twitter on Monday. A series of posts asked supporters to cast their votes and reminded them that today is the last day they must register in states like Florida and Arizona.

“We are still optimistic that Trump will be released because of his incredible progress,” said Meadows. “Obviously this is an important day,” he said. “The president continues to improve and is ready to return to a normal work schedule.”

The president tested positive for the first time after returning from a fundraiser at his New Jersey golf resort Thursday, McEnany told reporters on Sunday night. Trump appeared on Fox News Thursday night before announcing on Twitter shortly after midnight on Friday that he had tested positive.

New Jersey Governor Phil Murphy on Monday criticized Trump’s participation in a fundraiser at his Bedminster Golf Resort in the state, saying it should have been canceled. The president went to the event knowing that Hicks had tested positive.

“What should have happened is that nobody should have come to New Jersey. This trip should have been canceled, ”Murphy said on CBS’s This Morning. He said separately on CNN that “Bedminster is a chapter in a long book” about the consequences of disregarding social distancing and masking.

“I hope it’s a lesson we’ve all learned by now,” Murphy said.

The Manila Cathedral in Intramuros, Manila

Books, the Beeb and our Tolstoyan occasions

Letting our historical past be our information

Bucket Record: Prime 16 Finest Issues to Do in…

12 of one of the best luxurious journey offers to…