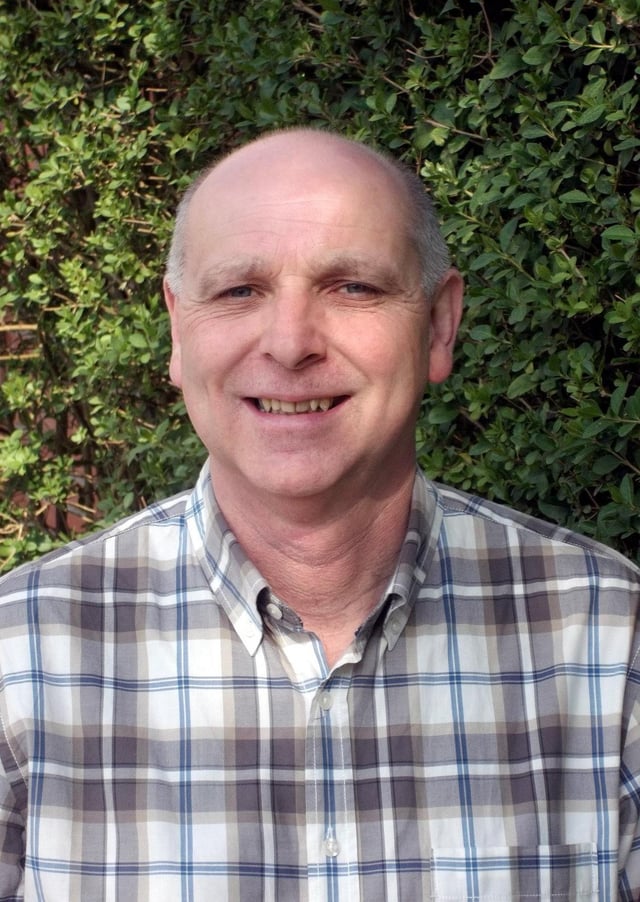 Despite the fact that few people travel, Fodor’s influential travel guide Essential Ireland has just been published for 2021, which for the first time includes an extensive new section on Northern Ireland as well as a separate chapter on Belfast.

One of those who work for the guide, travel writer Paul Clements, says that while it’s ironic to bring out a guide in the midst of a pandemic, he believes vacationers want to keep planning for the future.

“For 15 years I have been updating and revising information for Fodor’s – a widely recognized American travel guide and one of the longest established in a crowded area.

The i newsletter Cut through the noise

“Known for its detailed coverage, professionally researched by local writers, it is often the first book American vacationers turn to for information about Ireland.

“While it can be seen as laudable optimism to publish a travel guide during a world travel crisis, the company has decided to bring out its redesigned and fully illustrated Ireland Book for 2021.”

For the first time ever, the 650-page book contains two chapters on Northern Ireland listing sights, attractions and activities, restaurants and hotels.

However, this new edition also includes a caveat on the first few pages that visitors should check that these visitor attractions are open for business as it may take some time for things to return to normal.

Research for the book was conducted in early 2020 and completed shortly before the first lockdown in March.

“The reason the guide is out is because people will still want to read about where to go and what to do when they finally get back to Northern Ireland,” Paul said.

“They also want a guide that they can trust and that has been carefully curated.

“Fodor’s track record goes back many decades, and the New York Times said their books are for the ‘discerning traveler.’

“It is the only leading international travel guide that updates information every year and produces a total of 300 books on various destinations around the world,” he added.

As everyone knows, tourism has been decimated and international travel will not return to pre-pandemic levels until people feel safe.

Many people living in Northern Ireland have no plans to go abroad in the near future, while some airlines say the recovery could take until 2023.

The American market has always been vital to tourism in Northern Ireland – and Ireland in general – not least because they spend a lot of money when they come here.

American visitors in particular love to stay in castles, play golf, tour mythological sites, and of course, try traditional music in pubs. They are also fanatically interested in anything to do with the Titanic.

Life may have lasted for a year but there is hope for the future and most commentators believe tourism will return, although problematic when the doors open again.

“In my opinion, a new era will begin when travelers will hunger for details and bizarre stories when the crisis is over.

The Best Classic Books That Will Take You Around The World

“Tourism is resilient, but it will take time to rebuild. The most important thing is to keep planning, dreaming and of course reading, ”said Paul.

He added: “Here in Northern Ireland, the pandemic has resulted in behavior and lifestyle changes.

“The local people have developed a deeper engagement with nature than ever before and want to find out more about what is on their doorstep.

“In some cases, many have become familiar with their own area for the first time and have noticed more about their surroundings. When the time is right, they will want to explore parts of the country that they had ignored. ”

Coincidentally, a new path has just been released in honor of one of Co. Antrim’s leading cultural figures, Richard Hayward, which features scenes from his multifaceted life.

“Although born in Lancashire, Hayward (1892-1964) moved to Larne in the mid-1890s, and the Antrim coast had a lifelong affection for him. Hayward, author of 11 travel books on Ireland, was a singer, actor, folklorist and tour guide, ”said Paul.

“The new hiking brochure reflects his love for strolling through the landscape, writing about the hills and valleys and discovering antiques.

“It includes driving and walking routes around Islandmagee, Slemish and the Sallagh Braes in Cairncastle near Larne, where the filming of The Northman with Nicole Kidman and Anya Taylor-Joy was filmed in 2020. Lesser known places along the Antrim coast like Straidkilly Nature Reserve, a remote world of tall bushy ferns, moss-covered trees and rare butterflies. ”

In the second decade of the 21st century, a significant number of scenes in the blockbuster television series “Game of Thrones” were filmed in this landscape and along the coast.

But as Paul pointed out, the beauty of the landscape has long been celebrated by filmmakers, including Hayward.

“He made his film debut in 1932 when he took part in The Voice of Ireland, which combined his acting and singing skills.

“The film was a photographic study of the four Irish provinces and the first indigenous sound image ever made.

“Hayward, known as ‘The Bard of Ulster’, was involved in the Northern Ireland section that featured Belfast, the Glens of Antrim and Giant’s Causeway.

A digital version of the tour booklet will be available from April 3, 2021 on the Facebook page of the Larne Museum and the Art Center.

Hard copies are available at the museum itself when it reopens according to the restrictions in force.

* Paul Clements is a contributor to the newly released Fodor’s Essential Ireland 2021 (£ 18). He is also the author of Shannon Country: A Journey Through Time, published by Lilliput Press for £ 13, the story of a journey along the river in Richard Hayward’s footsteps 80 years ago.

A message from the editor:

Thank you for reading this story on our website. While I have your attention, I also have an important request for you.

With coronavirus lockdowns having a huge impact on many of our advertisers – and consequently the revenue we generate – we depend on you to get a digital subscription more than ever.

Subscribe to newsletter.co.uk and enjoy unlimited access to the best Northern Ireland and UK news and information online and through our app. With a digital subscription you can read more than 5 articles, see fewer ads, enjoy faster loading times and access exclusive newsletters and content. Visit https://www.newsletter.co.uk/subscriptions now to sign up.

Our journalism costs money and we rely on advertising, print and digital revenue to support them. With our assistance, we can assist you in providing trustworthy, fact-checked content for this website.

Exclusive look inside the US supersonic presidential jet

Executive Airport Lounges: Are they worth the money?

The Best Classic Books That Will Take You Around The…

Statue of Peace unveiled in Rajasthan by PMO of…