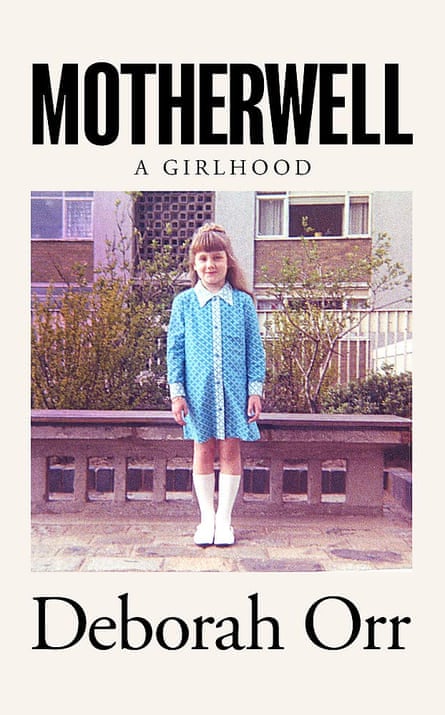 in the Motherwell: A girlhood (W&N), the late author and columnist Deborah Orr, reflects on her childhood in the Scottish steel town of the same name and her relationship with her formidable mother Win. In addition to exciting descriptions of Win’s control methods, Orr vividly recalls the life of the Scottish working class in the 1970s and the changing social and economic values ​​that would make their way to university and a career in the media easier. The author, who underwent second cancer treatment in 2019, died before the book was published, but her desire to “take responsibility, in my own words, to take complete control of my family” was realized nonetheless.

Charlie Gilmours Springiness (W&N) and Gavanndra Hodge’s The consequences of love (Michael Joseph) deal with issues of parental failure. In the first case, Gilmour finds solace in the company of an abandoned baby magpie as he remembers how his father, the poet Heathcote Williams, abandoned him and his mother as a child and subsequently rejected his son’s attempts to meet him. Gilmour hit the headlines in 2010 when he was photographed swinging from the cenotaph during a student protest. “It wasn’t the glorious dead that I wanted to attack that day,” he writes, “but the glorious father.” The consequences of love There is now an elegant study of grief and memory that begins with the death of Hodge’s younger sister Candy at the age of nine. When the mother became the mother of two girls, she found that she had no memories of Candy beyond the moment of her death. So she tries to fill the “swirling vertigo-caused void” by telling the story of her family of her drug-addicted father who sold heroin to wealthy Chelsea laypeople and her alcoholic mother who turned to religion, to eradicate their trauma. 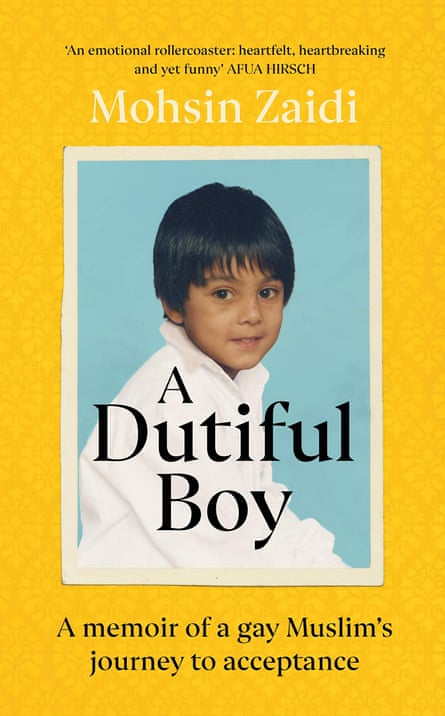 Mohsin Zaidi A dutiful boy (Square Peg) starts on the day the writer brings his friend home to meet the family. The story then jumps back in time to document his parents’ move from Pakistan to east London and his upbringing in a conservative Muslim community. At 14, Zaidi realizes he is gay and decides to keep his sexuality a secret for fear of his parents’ disapproval. His book challenges Muslim homophobia as well as the racism of the London gay scene – some dating site profiles warn, “No Asians.” Yet Zaidi’s writing is based on compassion and an understanding that acceptance can be a slow process, even for those who do loving You.

House made of glass (4th Estate) is a breathtaking family memory from Hadley Freeman that explores topics such as identity and belonging, summarizing the story of the Glass siblings, the youngest of whom was their grandmother, Sala. Their stories are diverse, vivid and heartbreaking, each unfolding in one of the most traumatic periods in Jewish history. 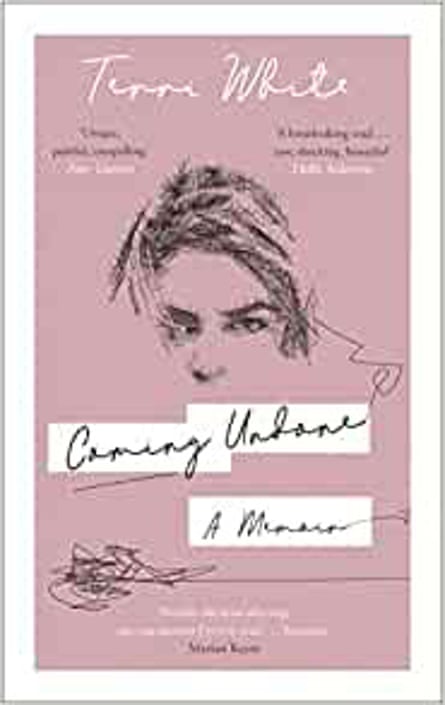 Terri White is raw and remarkable Undone: A reminder (Canongate) describes her efforts to keep her childhood trauma under control while seeking solace and escaping into alcohol. Born in Derbyshire to a teenage mother’s daughter, her early years were marked by extreme poverty, violence and sexual abuse by two of her mother’s friends. In adulthood, a job in New York frees her, and White spares no detail as she remembers her decryption.

in the Hungry (Mudlark), the restaurant critic Grace Dent tells of her early life in Carlisle and her relationship with her father, who cooked her as a child “sketty” – his name for spag bol. Affectionate and humorous, the book is both a love letter to George, whose eventual decline in dementia she tells, and the food that brought her together.

Broken Greek (Quercus) is Pete Paphides’ funny and impressive account of his Brummie childhood as a descendant of Greek Cypriot parents and his love affair with music. It begins in 1973, when the then four-year-old author stopped talking to people other than close family. However, he never stops listening. Together with his parents’ argument, he finds a new soundtrack: pop music. Journalist and radio DJ Paphides is brilliant at shaping his favorite bands and the way music can help us understand the world. 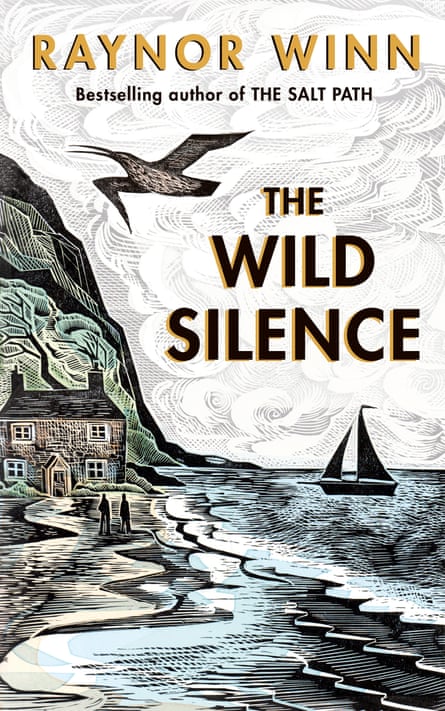 Notions of home are vividly explored in Raynor Winns The wild silence (Michael Joseph), the sequel to the award-winning The Salt Path, when the author got used to living with a roof over her head after a period of financial hardship followed by homelessness. Winn moves to Cornwall, where she accepts a piece of farmland to rebuild. Her memories of weather, landscape, sea and her love for her partner Moth, who has an incurable neurodegenerative condition, are wonderful.

The author Sarah M Broom once called New Orleans East home, where her widowed mother Ivory Mae bought a house in 1961 with her late husband’s life insurance. Broom’s award-winning debut, The yellow house (Corsair) is a story of a home, family, and neighborhood that has been marred by neglect, racism, and inequality. The youngest of 12 children, she had moved out of town at the time of Hurricane Katrina, but paints a harrowing picture compiled from her family’s memories. Her heartache is compounded by the city’s treatment of residents: Mae’s house was eventually demolished without her knowledge after the notification letter was sent to the abandoned property. 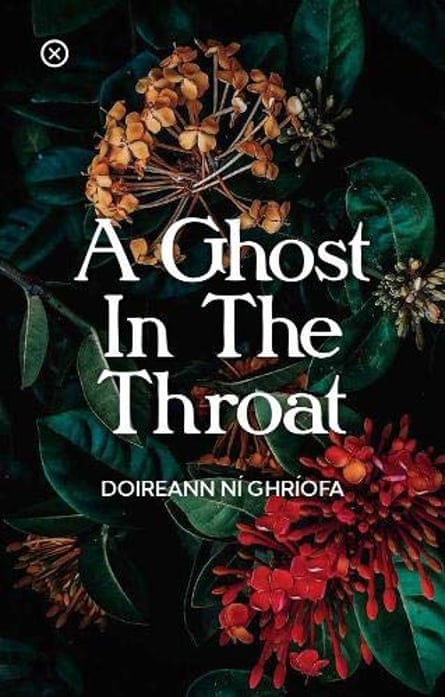 Doireann Ní Ghríofa A ghost in the throat (Tramp Press) explores the author’s obsession with an 18th century poem by an Irish noblewoman. It is an anti-genre mixture of memoirs and translations, flights of imagination and everyday domesticity, and has established connections for centuries for a fascinatingly original meditation on creativity and motherhood.

in the inferno (Bloomsbury), Catherine Cho documents her experiences with postpartum psychosis that led her to see devils in her son’s eyes. Cho was eventually separated from her baby and admitted to a mental hospital, where she made copious notes of her progress and coming and going on the ward. Your book is not a heartwarming story of triumph over trauma. it shows with terrifying clarity the spiraling pressures of new motherhood and the unvarnished reality of mental breakdown. 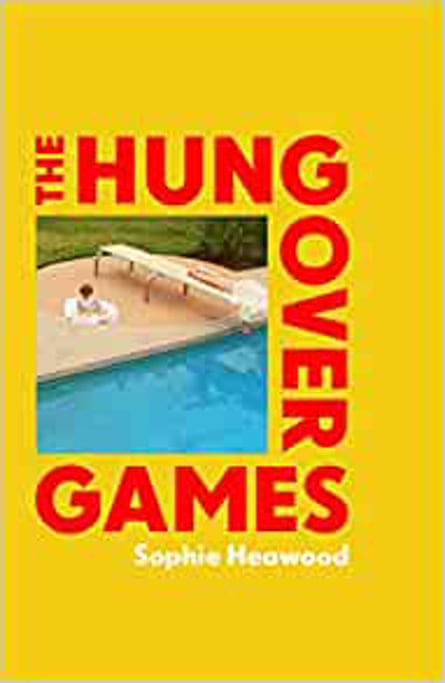 Sophie Heawood is hilarious The hangover games (Cape) deals with unplanned parenting, from pregnancy and childbirth to the chaotic infancy, and the withdrawal of her child’s father, known here as a musician, from their lives. Heawood sees herself as an unfortunate sucker rushing from one calamity to the next, but there is wisdom and sharpness amidst self-mockery as she ponders a new way to live and find love where she never knew it existed. 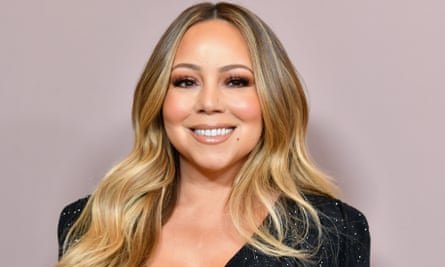 “I saw I was scared, I was scarred and I survived,” writes Carey in this story, who dives beneath the diamond-encrusted public figure to reveal a woman who has overcome childhood neglect. Racism, Mental Illness, and Abuse. A sparkling humor underpins her account of her post-star years, in which she acknowledges her “tendency towards extraness” and casts J-Lo fabulous shadows without even mentioning her name. 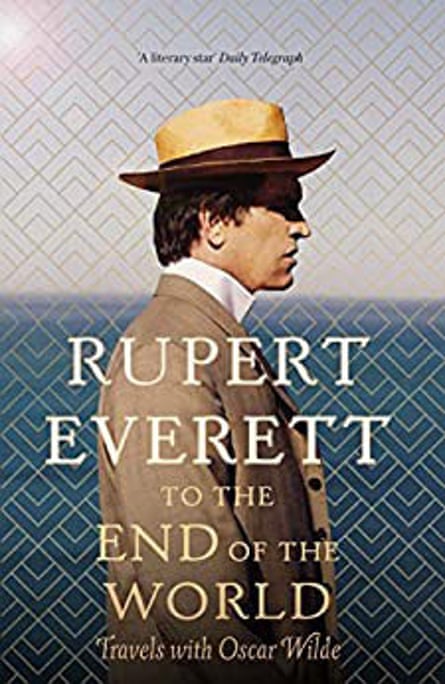 Til the end of the world
by Rupert Everett (Little, Brown)

The actor’s third treatise is both a caustic reflection on the misdeeds of show business and an account of his decades-long efforts to bring Oscar Wilde’s The Happy Prince to the big screen. The writing is as sparkling as the anecdotes inflammatory: he gets up to Joan Collins for dinner and throws himself on Colin Firth. Meanwhile, he channels his hero Wilde, whom he describes as “the patron saint of all who have ever messed up their lives”.

No time like the future
by Michael J Fox (headline)

Life was already tough for the Back to the Future star, who was diagnosed with Parkinson’s at the age of 29. In 2018 he underwent an operation to remove a tumor from his spine. In this moving, often funny essay, he shows how he has become optimistic again and reflects on age, family and life with a disability. 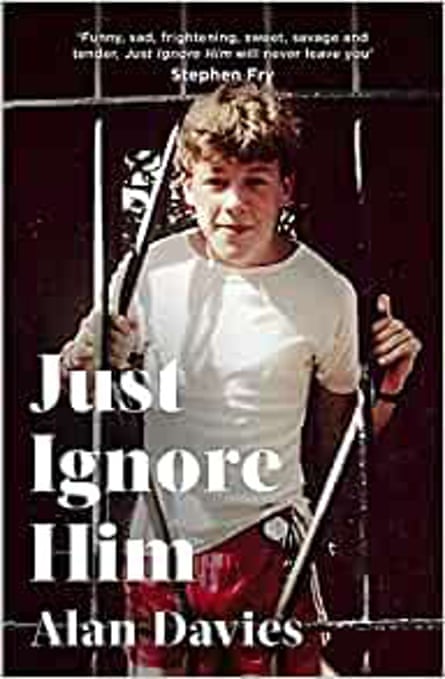 While the comedian’s first memory was a larky look at his teenagers, this second boldly tackles the parts his predecessor missed out on. Just Ignore Him, an intimate, open-minded book, tells of the “silent harassment by librarians” Davies suffered from his father between the ages of eight and 13, and the bullying and gas light that kept him silent. Davies was 51 when he finally went to the police. At that point, his father’s illness meant he would never stand trial.

A great achievement by the Dallas Buyers Club Oscar winner: It is not a memory, he assures the readers, but an “approach book”. Between anecdotes about belligerent parents, travel, fame, movies and debauchery, Greenlights arches with lists, photos, poems and notes scrawled with sermons about fortune cookies. This is part of his basic philosophy, which he likes to refer to as “life” – there is none. g ‘at the end of life because life is a verb.’

• Browse the best books of 2020 in the Guardian Bookshop.

Zidane’s greatest strength shines through as…

A Survival Guide to Parking in the North End

Your Information to a Socially Distanced Weekend…

When Will or not it’s Protected to Journey…

A Glass Home within the Mexican Desert

‘It had been on my shelf for years’:…